Gold’s Gym Japan is a franchise of Gold’s Gym International, Inc. by Think Fitness Corporation that focuses on operating health clubs, spas, and other physical fitness facilities. Each gym offers a variety of cardio and strength training equipment as well as group exercise programs. Potential clients and customers would visit the Gold’s Gym Japan official website to know about the latest news & promos, store locations, membership information, training and support schedules and facilities.

Throughout the years, technology has continued to innovate and adapt rapidly, leaving small, medium, and large businesses to keep up with the current trends and innovations of technology by constantly improving their own technological infrastructure and retiring older systems in favor of newer ones.

But thanks to the growing improvements and technological advancements made by leading cloud service companies, cloud solutions has become a leading option for many companies to integrate their businesses and infrastructure into, creating better reliability, durability, and customer satisfaction for its clients and users alike.

The franchise is looking to improve its online services by turning to a reliable cloud solution for its existing infrastructure that is both cost-efficient and responsively fast for its customers.

Previously, Gold’s Gym Japan was reliant upon a virtual private server solution, often bounded by the contractual conditions,  fixed upfront costs, and limited hardware. As customer demand grew with regards to its respective industry, the franchise has turned to AWS for its dependable customer support and world class cloud service solutions.

The Three-Tier Architecture was recommended to the franchise; a proven architecture methodology pattern that is used in a client-server application such as web applications. This implementation would be used as a basis for migrating Gold’s Gym Japan’s infrastructure.

Amazon Virtual Private Cloud (Amazon VPC) was used to ensure security between network traffic sent between the application and the users. Since the database is located in the VPC, access to the DB instances are only allowed if permitted by the VPC security group.

AWS Cloudtrail is also implemented to the migrated infrastructure to properly record API call activities made using the AWS Management Console, AWS software development kits, and command line tools, notifying administrative users of any account activity that took place within the company’s cloud infrastructure. This grants visibility into user and resource activity as well as providing security automation in the form of executing defined workflows when a security vulnerability is detected.

Amazon RDS (Relational Database Service) on MySQL 5.5 was used as the database layer for the architecture, with the capability to scale the database’s compute and storage resources accordingly. It is  able to provide automated backups, snapshots, and automatic host replacement.

Amazon Cloudwatch was also used to provide monitoring data and tracking of the web application’s linked cloud infrastructure services to help utilize resources and observe overall operational health. Complemented with AWS Auto Scaling, AWS Cloudwatch determines from the informational logs to adjust the level of network traffic by either scaling in or out its resource instances.

With the exception of its DNS hosting services handled by Cloudflare, the system’s entire infrastructure was successfully migrated over the Amazon Web Services cloud.

Gold’s Gym Japan’s website is now able to scale efficiently against any amount of network traffic while providing fast and responsive website loading speeds thanks to the shared benefits of hosting its infrastructure on the AWS cloud. Media assets such as promotional website images and videos are cached on Amazon’s S3 Storage Service, ensuring that customers can easily and quickly load the franchise’s website content with low latency after being cached by Amazon’s Edge Locations.

Having implemented the database deployment method known as ‘Multi-AZ Deployment’ within the Amazon RDS, this provides key benefits to the Gold’s Gym Japan’s web application such as data redundancy, failover support, eliminated I/O freezes, and minimized latency spikes during system backups. Gold’s Gym Japan’s RDS databases would then be automatically replicated in real time across several Availability Zones in the form of a standby replica of the database. This ensures that it is protected from the failure of a single location and that the needed data is always available to its users.

Because of  Amazon’s Shared Responsibility Model, Gold’s Gym Japan only needs to be concerned with handling their own security within their application workloads in the cloud, as AWS will be responsible for the security of the cloud infrastructure. In addition to that, AWS has continued to support the business franchise by providing proper service conduct documentations such as AWS Cloud Best Practices. Built-in AWS monitoring and logging cloud services such as AWS Cloudtrail and AWS Cloudwatch are also implemented to the web infrastructure,  granting users the ability to discover and troubleshoot security and operational issues. 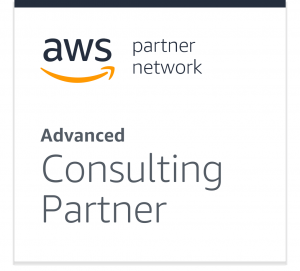 As an Advanced Consulting Partner of AWS, we offer
end-to-end AWS solutions to increase agility, scalability, and security while substantially reducing costs and improving performance.